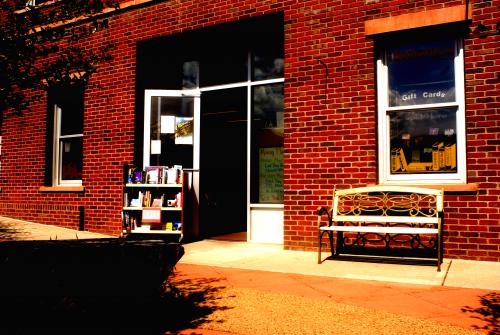 The Bookworm of Edwards was founded in late 1996 by Kathy Westover, a former teacher in Eagle County Schools. The original Bookworm was a retro-fitted van that traveled between coffee shops selling new books to “down-valley” readers. At the time, there were two bookstores in Eagle County – Verbatim Booksellers in Vail Village and Big City Books in Beaver Creek.

The next summer Kathy Westover invited Neda Jansen, a bookkeeper and mother of two, to open a bricks-and-mortar bookstore in the newly-planned Edwards Village Center. The new center would be filled with restaurants, retail shops and offices surrounding a green courtyard. At the time, The Gas House and the post office made up the business community in Edwards. 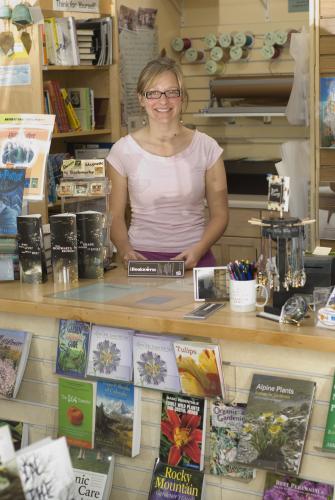 In November of 1997, The Bookworm of Edwards opened with $30,000 in inventory in 700 square feet. Neda and Kathy grew the business each year, and made their first profit in 2000. During the first three years, a few part-time employees were hired to help keep the shop open 7 days a week.

In 2002, Nicole Magistro moved from Chicago to Vail and was hired as a part-time employee at The Bookworm. She transitioned from a writing career to bookselling, and in early 2005, she bought Kathy’s share of the store. Kathy moved to Ft. Collins to pursue an advanced degree in nutrition after selling the store. Through 2006, The Bookworm prospered but outgrew its small space. During this time, the store operated with one full-time and one part-time employee, plus two working owners.

By late 2006, Nicole and Neda agreed that the store should expand to achieve greater sales and stature in the community.  In early 2007, a deal was struck between Neda and Kristi Allio, then general manager of Eat! Drink! Kristi would buy Neda’s share of the store and help Nicole expand The Bookworm. By February, construction was underway in the Ruby Building at Riverwalk for a 2,200 square-foot bookstore and café. Most of the construction and finishing work was done by Nicole and Kristi, their husbands, friends and family members. 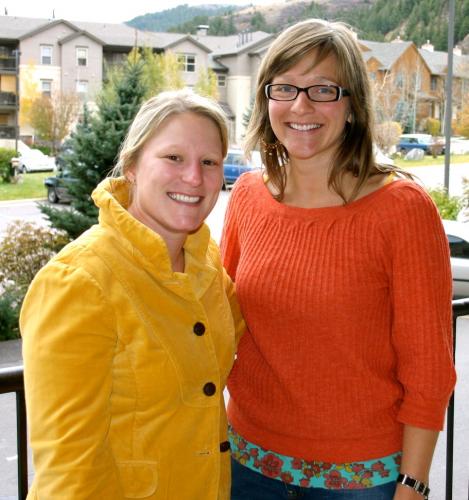 During Memorial Day weekend in May 2007, The Bookworm packed up the old store and re-opened in the Riverwalk location. A total of 12 staff members worked on opening day. More than 200 customers visited the store that day, and within the first 12 months of business in the new location, The Bookworm increased sales by 110%, filled more than 101,000 orders, and hired several more staff to meet the demand.  Again in 2010, we added 800 square feet, expanding cafe seating and our children's selection and gift items. Today, we're about 3,000 square feet.

In 2013, Nicole became the sole owner of The Bookworm. She led two remodels (to the store and the cafe), and she continues to create innovative programs for adults and kids in our community. In 2017, the Bookworm celebrated its 20th anniversary. The store was recognized as a James Patterson grant recipient, Pannell Award winner and by the American Bookseller's Association for entreprenuerial excellence in 2020.

In 2020, Matt Lee, who had recently moved to Edwards with his wife McKinley and two kids, Jack and Camille, learned that Nicole was carefully considering selling the Bookworm of Edwards so that she could take her career in another direction. The more he studied the Bookworm, the more he wanted to help write the next chapter and build upon the solid foundation. As an avid reader, life long learner, and entrepreneur, Matt bought the store from Nicole and is diving into the book-selling business with many ideas for growth and development. He is fortunate to be able to learn from Nicole and the knowledgeable employees who have years of experience. He brings a determination to build upon the legacy and traditions of those who came before him while adding his own personal touches to the dynamic business.

The Bookworm is the center for people gathering in Edwards. We host more than 50 events annually, plus hundreds of informal meetings and chats among friends and colleagues. We pride ourselves on the passion and professionalism of our staff and the quality of our service, and we strive to become indispensable to the locals and visitors in Eagle County.