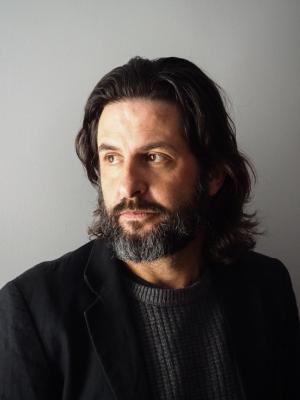 Come listen to Colorado author and journalist, Jonathan Thompson, as he speaks about his new book, Sagebrush Empire, about the fight over public lands in the American West and how one couple got caught in the middle. Thompson will be giving a presentation about the book, and then will be signing copies!

San Juan County, Utah, contains some of the most spectacular landscapes in the world, rich in natural wonders and Indigenous culture and history. But it’s also long been plagued with racism, bitterness, and politics as twisted as the beckoning canyons. In the spring of 2017, en route to the Valley of  the Gods with his spouse, a man closed the gate on a corral. Two weeks later, the semi-retired graphic designer and environmental activist from Colorado were facing felony charges. But why? Following the fraught threads of what came to be known as “Gategate,” award-winning journalist Jonathan  P. Thompson places the case in its historical context, showing why this corner of the western United States has been at the center of the American public lands wars for over a century.

Jonathan P. Thompson has been an environmental journalist focusing on the American West since he signed on as reporter and photographer at the Silverton Standard & the Miner newspaper in 1996. He has worked and written for High Country News for over a decade, and his work has appeared in numerous other outlets. He is the author of "River of Lost Souls: The Science, Politics, and Greed Behind the Gold King Mine Disaster." He and his wife, Wendy, split their time between Colorado and Bulgaria.