The River Between Hearts with Heather Mateus Sappenfield 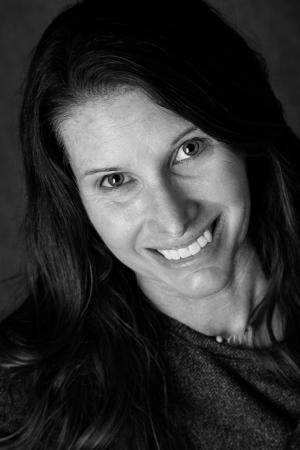 Celebrate the latest release and debut middle grade novel from local author Heather Mateus Sappenfield, The River Between Hearts, a story of friendship and healing that beautifully tackles big issues.

On an ordinary Monday, Rill Kruse left for third grade with a dad, but when she came home, he'd been stolen. By a river. One year and thirteen days later--on the first morning of summer vacation--Rill still insists he's trudging home. Her mom has become a practical woman. Her older brother, Eddy, now calls her baby and dork. Gus, second-in-command at Kruse Whitewater Adventures, Rill's family's rafting company, has gone from being her dad's "risk bro" to her mom's guardian angel. Joyce, company secretary, arm-wrestler, and mechanic, still calls Rill a fingerling, but, after learning what a cheater water is, Rill wishes she'd stop. When Rill's cat, Clifford, leads her to the family tree fort on the mountainside behind home, she discovers a stowaway, Perla. To help Perla, Rill embarks on an adventure that tests her understanding of the world, of loss, and of what it means to be a friend. In the end, what Rill discovers will nudge her--and all those she loves--toward healing.

Heather Mateus Sappenfield’s writing has earned many accolades, among them an MPIBA Reading the West Awards nomination, a Ben Franklin Awards Silver Medal, a Colorado Book Awards Finalist, an AudioFile Earphones Award and a 2019 SOVAS Award. The River Between Hearts was runner-up for the Kraken Prize at Fitzroy Books. Heather loves adventures, especially in the Rocky Mountain landscape that’s been her lifelong home. She’s won 24-hour mountain bike races and road bicycling’s Race Across America—San Diego, California to Atlantic City, New Jersey; competed in the Mountain Bike World Championships; ski instructed for Vail Resorts; loves backcountry ski touring; and is a wife and mom. Her most grueling adventures, though, occur while writing stories!

The River Between Hearts (Paperback)