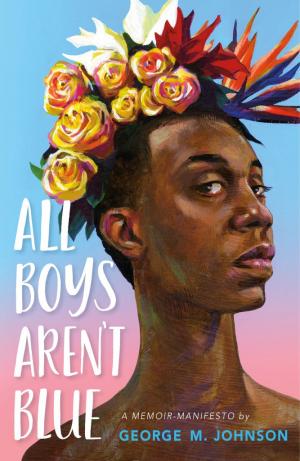 Start your bookish New Year off right and join Bookworm Events Manager, Ali Teague (she/her), and Assistant Manager, Mack Burner (he/they), for the inaugural meeting of the Read With Pride Book Club in partnership with Mountain Pride! The book club will meet on the last Wednesday of the month, January 25th at 6:00pm, to discuss George M. Johnson's memoir, All Boys Aren't Blue. Both a primer for people eager to be allies, as well as a reassuring testimony for young queer men of color, All Boys Aren't Blue covers topics such as gender identity, toxic masculinity, brotherhood, family, structural marginalization, consent, and Black joy. Everyone is welcome, even if you haven't finished the book yet; there will be plenty to discuss, and plenty of snacks!

In a series of personal essays, a prominent journalist and LGBTQIA+ activist George M. Johnson explores their childhood, adolescence, and college years in New Jersey and Virginia. From the memories of getting their teeth kicked out by bullies at age five, to flea marketing with their loving grandmother, to their first sexual relationships, this young-adult memoir weaves together the trials and triumphs faced by Black queer boys. All Boys Aren't Blue is their debut. 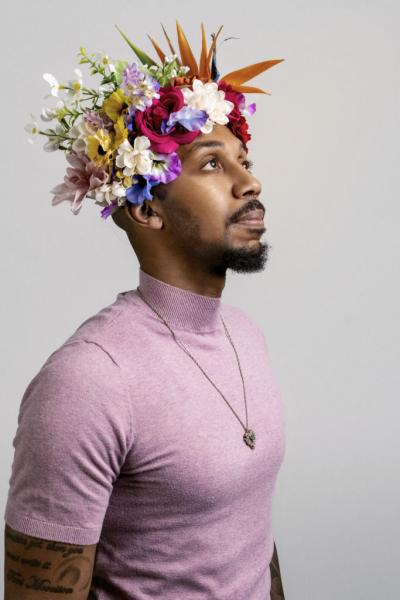 George M Johnson (they/them) is an Award-Winning Black Non-Binary Writer, Author, and Executive Producer located in the LA area. They are the author of the New York Times Bestselling Author of the Young Adult memoir All Boys Aren’t Blue discussing their adolescence growing up as a young Black Queer boy in New Jersey through a series of powerful essays. The book was optioned for Television by Gabrielle Union. As a former journalist, George has written for major outlets including Teen Vogue, Entertainment Tonight, NBC, and Buzzfeed. In 2019, they were awarded the Salute to Excellence Award by the National Association of Black Journalists for their article “When Racism Anchors your Health” in Vice Magazine. George was listed on The Root 100 Most Influential African Americans in 2020. The Out 100 Most Influential LGBTQ People in 2021. And in 2022 was honored as one of the TIME100 Next Most Influential People in the World. Their second memoir, We Are Not Broken, was released in September of 2021. It received the Carter G. Woodson Award which recognizes books that “accurately and sensitively depict the experience of one or more historically marginalized racial/ethnic groups in the United States”. The book also received the Nonfiction Honor Book in the YA category from the International Literacy Association. In 2021 they wrote and Executive Produced the Dramatic Reading of All Boys Aren’t Blue starring Jenifer Lewis and Dyllon Burnside which received a 2022 Special Recognition Award from GLAAD. George is also a proud HBCU alum twice over, and a member of Alpha Phi Alpha Fraternity Incorporated.