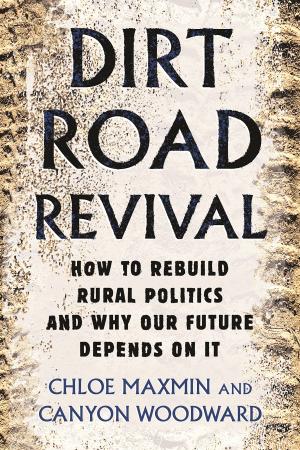 Join Main State Senator Chloe Maxmin and her Campaign Manager Canyon Woodward for a discussion of their book Dirt Road Revival at Colorado Mountain College Vail Valley (150 Miller Ranch Rd, Edwards, CO 81632). This free event, in partnership with environmental advocacy group Protect Our Winters, will feature a presentation from Chloe and Canyon, followed by a conversation and Q&A session with event attendees, and a book signing to wrap up. To RSVP for this event, stop by The Bookworm or give us a call at 970-926-7323.

Through 2 successful elections in rural red districts that few thought could be won by a Democrat, twentysomethings Maine state senator Chloe Maxmin (D-District 13) and campaign manager Canyon Woodward saw how the Democratic Party has focused for too long on the interests of elite leaders and big donors, forcing the party to abandon the concerns of rural America--jeopardizing climate justice, racial equity, economic justice, and more. Dirt Road Revival looks at how we got here and lays out a road map for progressive campaigns in rural America to build an inclusive, robust, grassroots politics that fights for equity and justice across our country. In 2018, Maxmin became the only Democrat to ever win Maine House District 88 and then unseated the highest-ranking Republican in Maine --the Senate Minority Leader--in 2020, making her the youngest woman senator in Maine's history. Maxmin and Woodward distill their experiences into concrete lessons that can be applied to rural districts across the country to build power from the state and local levels on up. They lay out a new long-term vision for Democrats to rebuild trust and win campaigns in rural America by translating progressive values to a rural context, moving beyond the failed strategies of establishment consultants and utilizing grassroots-movement organizing strategies to effectively engage moderate rural voters. 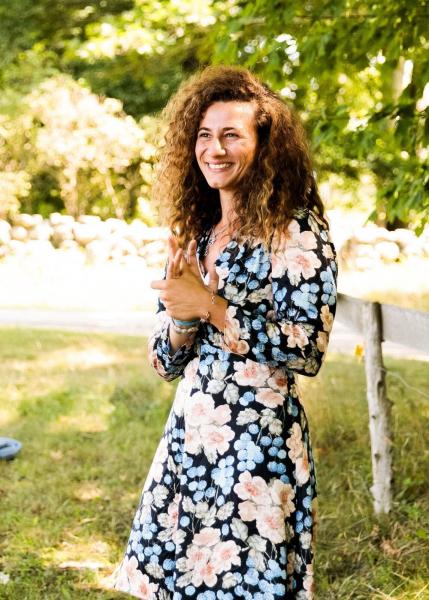 Hailing from rural Maine, Chloe is the youngest woman ever to serve in the Maine State Senate, at 28 years old. She was elected in 2020 after unseating a two-term Republican incumbent and (former) Senate Minority Leader. In 2018, she served in the Maine House of Representatives after becoming the first Democrat to win a rural conservative district. She also received an honors degree from Harvard College, where she co-founded Divest Harvard. Chloe is the recipient of the Gloria Barron Prize for Young Heroes and the Brower Youth Award. She was also named a “Green Hero” by Rolling Stone, and the 2020 Legislator of the Year by the Maine Council on Aging. 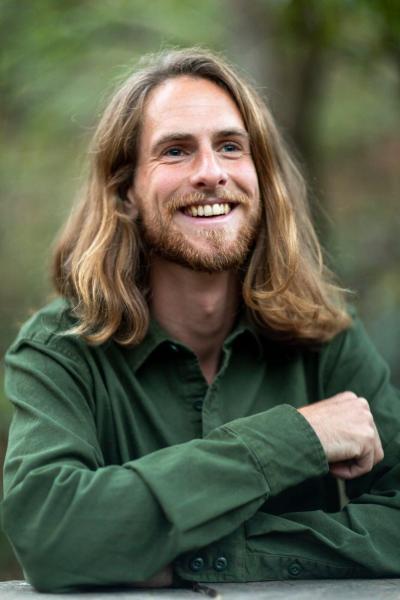 Canyon was born, raised, and homeschooled in the Appalachian Mountains of rural North Carolina and the North Cascades of Washington. He was the campaign manager for Chloe Maxmin’s successful 2018 and 2020 campaigns. He was previously regional field director for Bernie Sanders 2016, field director for Jane Hipps for NC Senate, and vice chair of the NC District 11 Democrats. He earned an honors degree in social studies from Harvard College, where the bulk of his education took place outside of the classroom co- coordinating (with Chloe) Divest Harvard, a 70,000+person movement that succeeded in pressuring Harvard to divest its $53 billion endowment from fossil fuels. He is also an avid trail runner.

Protect Our Winters helps passionate outdoor people protect the places and lifestyles they love from climate change. In 2007, pro snowboarder Jeremy Jones saw that more and more resorts he’d always counted on for good riding were closed due to lack of snow. Something was clearly going on, and he felt the need to act. But he couldn’t find any organizations focused on mobilizing the snowsports community on climate—there was a gap between the impacts that climate change was already having on our great escapes, and organized action to address it. So Jeremy founded Protect Our Winters. POW quickly brought on other concerned pro athletes, individuals, resorts, brand partners and passionate outdoor enthusiasts. Since then, POW has grown from a kernel of an idea into a worldwide network of more than 130,000 supporters. This was the perfect group to give a national voice to the outdoor sports community, an industry that supports 7.6 million jobs and creates $887 billion in economic revenue. While the fossil fuel lobby may outspend environmentalists 20-1 in D.C., we share a passion that crosses party lines––a unique perspective that de-politicizes climate discussion––and an industry with an economic impact that can’t be ignored. Our key formula for engaging upwards of 57 million outdoor sports enthusiasts globally? Relevance and authenticity. Though we dress up for meetings, in the end we are pro athletes, dirtbags and diehards; for us, the outdoors aren’t just a passion, but a way of life. That dirt on our shoes is authentic.  Right now, we have the luxury of worrying about how climate change might impact the outdoor industry. Right now, we get to help dictate the outcome rather than react to a foregone conclusion. But if we sit on our hands for the next two decades, we won’t be worried about powder days, tourism or having fun. We’ll be worried about the stability of our environment, our jobs and our economy. We all need winter.

Dirt Road Revival: How to Rebuild Rural Politics and Why Our Future Depends On It (Hardcover)