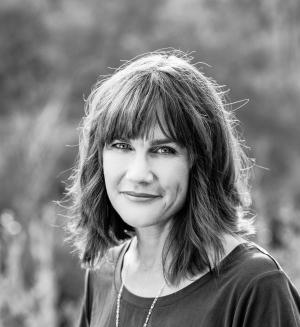 Celebrate the newest unputdownable thriller with supernatural suspense from award-winning local author, Jennifer Alsever, Burying Eva Flores! Perfect for adult and teen thriller fans alike, Burying Eva Flores unwinds the mystery of two very different rivals with text messages, documentary interviews and more. There will be a presentation from Alsever where she will discuss and read from her book, to be followed by a Q&A session and book signing. Light refreshments will be provided.

Recovered text message between Sophia Palmer and her best friend: Sometimes I imagine Eva melting. She is destroying everything. Seventeen-year-old Sophia Palmer isn’t especially fond of most people on general principle, but she really hates Eva Flores. After all, Eva ruined Sophia’s life—stole her look, took away her home, and used her Tik-Tok-famous status to turn the entire school against Sophia. So when something unspeakable happens to Eva on a class trip, everyone knows: Sophia killed Eva Flores. Eva is not the person everyone thinks she is. Sure, her posts may go for hundreds of thousands of dollars a pop, but her life is not the perfect sponsored dance video that everyone would like to believe. But how would Sophia know that? Sophia judged her from the moment Eva moved to town. She refused to like her the way everyone else did, no matter how hard Eva tried to win her over, Sophia refused to bend. In the end, it wasn’t really a choice: let the world think she was weak, or tell the world a different story about who Sophia Palmer really is. Enter a seemingly simple gift—a blank notebook—given to Sophia by her best friend. When Sophia writes a story in it that goes on to play out in real life, she realizes immediately the power she wields. So she begins to write a new story. About two girls with opposite luck, and opposite means. About power and the people who wield it. About what happens when a switch gets flipped, and the person who has been struggling is suddenly holding all the power?

Jennifer Alsever is an Eagle-based young adult author and a working journalist. For more than two decades, she has contributed to national publications, including Fortune Magazine, the Wall Street Journal, the New York Times, Inc Magazine and Fast Company, and in 2017, she published her first work of fiction, the Trinity Forest Series, (Ember Burning, Oshun Rising and Venus Shining). The young adult trilogy is set in nearby Leadville, Colorado and is about a girl who becomes entangled in a local forest teeming with urban legends of witchcraft and strange disappearances and must not only find herself but ultimately save the world. In 2020, Jennifer published her fourth novel, Extraordinary Lies about two girls from vastly different backgrounds who are thrust together for psychic testing at the Stanford Research Institute. As the scientists’ experiments begin to get creepier, the two girls must discover the truth about who they are and the secrets that keep them in the dark. During 2020 lockdown, she rode her mountain bike and wrote the bulk of Burying Eva Flores, her fifth novel, a paranormal thriller about a war between two very different girls that spins out of control, and soon, one is accused of murdering the other. Her books have won five fiction awards, including being a finalist in the 2017 Publishers Weekly BookLife Contest.. You’ll most likely find her at her keyboard or under a blanket with a great book, enjoying a handful of frozen chocolate chips.  She also loves watching birds, reiki, hiking, mountain biking, skiing, yoga, and surfing.