The Boy Behind The Door: How Salomon Kool Escaped the Nazis. Inspired by a True Story (Paperback) 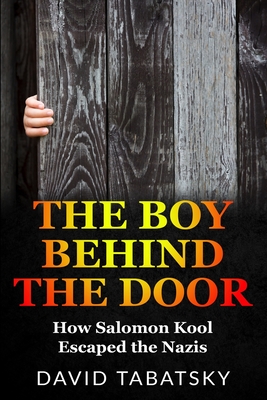 The Boy Behind the Door is historical fiction inspired by the true story of Salomon Kool, a Dutch teenager who evaded the Nazi dragnet and survived the German occupation of the Netherlands from May 1940 to the end of WWII. Sal had just celebrated his Bar Mitzvah when the city of Amsterdam was invaded. After hiding behind the door of his bedroom as Nazis searched his house, he was soon on the run, terrified and never sure who he could trust or if he was safe. Sal survived the war through a combination of wit, guts, good luck, and the help of a few courageous Dutch Christians. But like millions of others, his parents and three siblings disappeared and later died in concentration camps before the Allies liberated the Netherlands. Sal had to grow up and adapt without a role model and had to learn to control his emotions in the midst of a turbulent and hazardous situation, full of life-and-death decisions.

His story is a powerful and moving document of a period in world history we must never forget. It can be difficult to find Holocaust literature that will interest and enlighten young readers, especially boys, but The Boy Behind the Door is appealing and accessible to emerging adults of all reading levels.