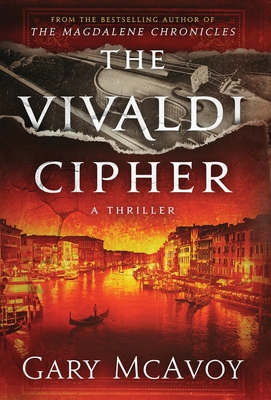 During the election of a new Pope in the mid-18th century, famed violinist Antonio Vivaldi learns of a ring of art forgers who are replacing the Vatican's priceless treasures with expertly-painted fakes. Desperate, the composer hides a message in a special melody, hoping someone, someday, will take down the culprits . . .

Nearly three hundred years later, the confession of a dying Mafia Don alerts a Venetian priest to a wealth of forged paintings in the Vatican Museum, and the key to their identities lies hidden in a puzzling piece of music. Father Michael Dominic, prefect of the Secret Archives, investigates, and is mystified when he finds a cipher in an old composition from Vivaldi. Desperate to stop this centuries-long conspiracy, he calls on fellow sleuth Hana Sinclair and Dr. Livia Gallo, a music cryptologist, to help him crack the code and learn the truth.

But the Camorra, a centuries-old Italian Mafia clan, won't stand by while some interfering priest ruins their most lucrative operation. Along with a French commando and two valiant Swiss Guards, Dominic explores the dark canals and grand palazzos of Venice to uncover the evidence he needs to stop the sinister plot. Can he unearth it in time, or will the Church's most valuable artworks fall prey to this massive conspiracy?