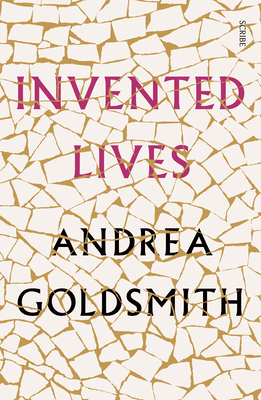 Invented Lives is the story of exile: exile from country and exile from self. Galina is an orphaned Russian who arrives in Australia in the 1980's. She becomes involved with an underlyingly complicated family who are all hiding secrets. The characters are interesting, human and like the title are inventing their lives. I especially appreciated the themes of identity, loneliness, and love. This is a thoughtful novel about starting anew and reminds readers of the importance of connection and belonging.

A family saga spanning Russia in the twentieth century to Melbourne in the late 1980s.

It is the mid-1980s. In Australia, stay-at-home wives jostle with want-it-all feminists, while AIDS threatens everyone's sexual freedom. On the other side of the world, the Soviet bloc is in turmoil.

Mikhail Gorbachev has been in power for a year when twenty-four-year-old book illustrator Galina Kogan leaves Leningrad--forbidden ever to return. As a Jew, she's inherited several generations worth of Russia's chronic anti-Semitism. As a Soviet citizen, she is unprepared for Australia and its easy-going ways.

Once settled in Melbourne, Galina is befriended by Sylvie and Leonard Morrow, and their adult son, Andrew. The Morrow marriage of thirty years balances on secrets. Leonard is a man with conflicted desires and passions, while Sylvie chafes against the confines of domestic life. Their son, Andrew, a successful mosaicist, is a deeply shy man. He is content with his life and work--until he finds himself increasingly drawn to Galina.

While Galina grapples with the tumultuous demands that come with being an immigrant in Australia, her presence disrupts the lives of each of the Morrows. No one is left unchanged.

Invented Lives tells a story of exile: exile from country, exile at home, and exile from one's true self.

It is also a story about love.