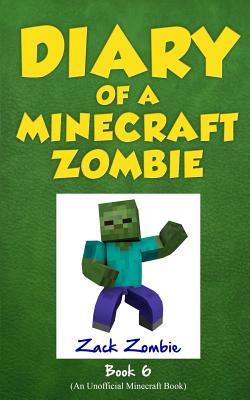 This is book number 6 in the Diary of a Minecraft Zombie series.

Join 12 year old Zombie, as he faces his biggest fears, and tries to survive the next 3 weeks at Creepaway Camp

12 year old Zombie prepares himself for his biggest battle ever, as he prepares to face the terrors of Creepaway Camp.

Are the camp counselors really evil humans in disguise waiting to eat the brains of unsuspecting mob campers?

Will the camp cafeteria food really come to life and make a meal of the unsuspecting mob kids?

Zombie knows its real, and he and Steve are preparing themselves for their biggest battle ever.

Jump into the adventure and find out