Back to Angola: A Journey from War to Peace (Paperback) 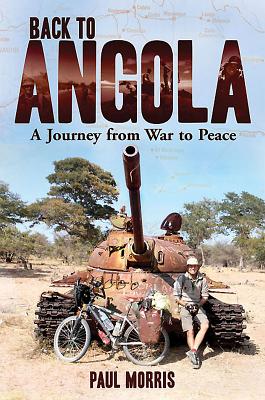 By Paul Morris
Email or call for price.
Out of Print

In 1987, Paul Morris went to Angola as a reluctant conscript soldier, where he experienced the fear and filth of war. Twenty-five years later, in 2012, Paul returned to Angola, and embarked on a 1500-kilometre cycle trip, solo and unsupported, across the country. His purpose was to see Angola in peacetime, to replace the war map in his mind with a more contemporary peace map, to exorcise the ghosts of war once and for all.Shifting skilfully between present and past, Back to Angola chronicles Paul's epic journey, from Cuito Cuanavale to the remnants of his unit's base in northern Namibia, and vividly recreates his experiences as a young soldier caught up in a war in a foreign land. Along the way, the book provides thought-provoking reflections on childhood, masculinity, violence, trauma and friendship.Back to Angola is an honest, intelligent and deeply moving account of war and its effects on an individual mind, a generation of people, and the psyche and landscape of a country.