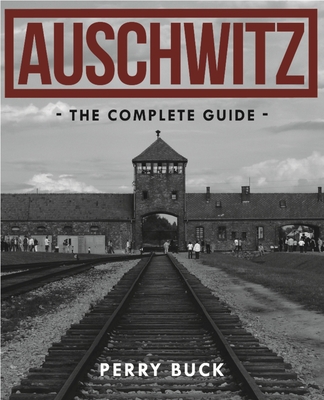 By Perry Buck
Email or call for price.
Hard to Find

Auschwitz: The Complete Guide brings the history, cultural impact and modern-day travel experiences of Auschwitz together in a single volume for the very first time.

Although Auschwitz was one of many German concentration and extermination camps operating throughout World War II, it has become a pervasive symbol of terror, genocide and the Nazi Holocaust that set out to rid Europe of the Jewish population.

Auschwitz: The Complete Guide looks into the horrors and travesties that occurred within the walls of arguably the most infamous Nazi death camp of World War II.

Discover how Auschwitz, the symbol of man’s inhumanity to man, is portrayed in books, on film and in TV documentaries. Such representations influence our understanding not only of the shocking past but also of present world conflicts.

Auschwitz today is visited each year by some 1.5 million people from around the world. As a travel guide to the sites of Auschwitz I and Birkenau, this book is ideal for students, historians and anyone who is planning to visit this haunting reminder of the past.

An insightful read, this book offers the reader a comprehensive history of Auschwitz and its legacy.

Perry Buck was born in Birmingham, England and has worked as a journalist and public relations professional all his life. He has lived and worked around the world including the United States and the Middle East and now lives in Birmingham with his f amily.

An award-winning PR practitioner and award-nominated journalist, Perry has over 20 years experience as a published travel writer. As a proven non-fiction writer with a passion for history and politics, he has written about Auschwitz since his v ery first visit there in 1992.

His articles ranging from World War I to the Arab-Israeli conflict have appeared in over 30 newspapers and magazines around the world. His travels have taken him from Antarctica to Mount Everest.