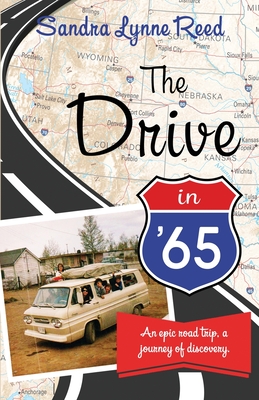 In 1965, two sisters packed up their five children and their mother-eight people-in a nine-passenger van and traveled North America for fourteen weeks. After living in Alaska twenty years, they wanted to see more of the world, and show their children what lay beyond Alaska's borders.

Sandra Lynne Reed was thirteen that summer. The tiny town of Moose Pass, and the southern edges of Anchorage, one hundred miles north, defined Reed's provincial childhood, and left her curious about the world she saw in magazines and on television-strange places that were her own country. In a summer of 'firsts' she and her siblings discovered the magic of fireflies, natural wonders, and treasures of history. On their tinny transistor radio, they followed news of the space race, the Civil Rights movement, and the escalating war in Vietnam. The musical sound track of the British invasion and the rising rock and roll era followed them as they circled North America, traveling as far south as Mexico City.

The courage of her mother and aunt, undertaking an international adventure in a day when women could not obtain a credit card or serve on a jury, provided an example to all their children.

Like the Good Friday earthquake had done in 1964, the Drive in '65 shook up her world, exposing shocking poverty and racial divides and lighting a fire in her for further travel but also weakening fault lines in her family that no one had predicted. Using a trove of letters and memorabilia, and her own memories, Reed has recreated the adventure of a lifetime in The Drive in '65.