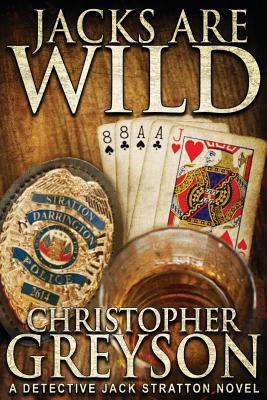 By Christopher Greyson
$15.99
Not Currently On The Shelf, But We Can Ship It To You In 3-5 Days

This is book number 4 in the Jack Stratton Detective series.

Handsome, white knight, police officer Jack Stratton is back in this action-packed, thrilling adventure. When his sexy old flame disappears, no one thinks it's suspicious except Jack and one unbalanced witness. Jack feels in his gut that something is wrong. He knows that Marisa has a past, and if it ever caught up with her--it would be deadly. Determined to buck the critics and listen to his instincts, he and his feisty sidekick Alice (aka Replacement) plunge ahead and start tracking down leads, hoping to find Marisa in time. The trail leads them into all sorts of trouble--landing them smack in the middle of an all-out Mob war between the Italian Mafia and the Japanese Yakuza. When evidence surfaces that Marisa was kidnapped, Jack must navigate through the warring parties, assassins, and cold-blooded hit men to outwit the cunning kidnappers before it is too late. As the body count rises, the stakes in this game are life and death--with no rules except one--Jacks are Wild.

If you love a strong hero, smart women sleuths, and more twists and turns than a piece of licorice - you have found your book

Jacks Are Wild is part of the Detective Jack Stratton Mystery Series, which has more than 3,000+ five-star reviews and over a million readers and counting. If you love a page-turning story with mystery, humor, and a dash of romance, pick up Jacks Are Wild today.

Novels featuring Detective Jack Stratton are all standalone and can be read in any order:
And Then She Was Gone
Girl Jacked
Jack Knifed
Jacks Are Wild
Jack and the Giant Killer
Data Jack