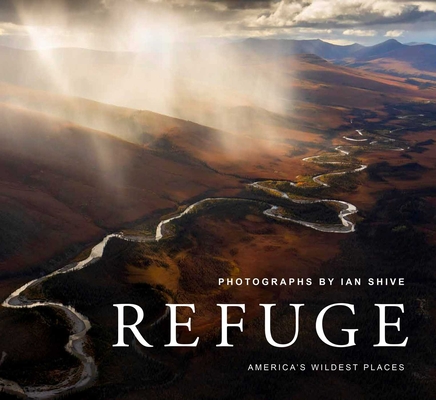 “The book, a coffee table-like hardback with otherworldly photography, is visually arresting but also an educator about the wildest system in the country.” –CNN

“…astonishing artwork exposing the undercover beauty of the nation’s hidden natural wonders that will move readers far beyond their familiarity with the Redwood forests or Half Dome Yosemite...promises to leave viewers gasping at every page.” –The Federalist

“The National Parks get all the love, but if you really want to commune with nature and not a stampede of RVs, try a National Wildlife Refuge.” – The Wall Street Journal

“His photographs of the islands are transporting, as are so many of his images of our refuges and the wildlife that make their home within them.” – Earth Island Journal

From the rugged reaches of Kenai, Alaska, to the vibrant coral reefs of the Palmyra Atoll, the National Wildlife Refuge System is dedicated to the preservation of America’s natural habitats. Through the lens of Ian Shive, recipient of the Ansel Adams Award for Conservation Photography, Refuge will show you the greatest of these landscapes and wildlife, including the migratory birds of Midway Atoll, the golden prairies of the Rocky Flats, and more.

· Learn from America’s leading experts. Includes essays from top environmental and conservation organizations such as the National Wildlife Refuge Association, Earth Island Institute, and the Arctic Refuge Defense Campaign, giving you the context that you need to appreciate these natural wonders.

· Plan your own journey. A refuge map and index of traversable locations allows you to start planning your trip of a lifetime to these hallowed refuges.

· The perfect addition to your home library, this large-format, deluxe book will make your coffee table or bookshelf shine.

· Earth Aware Editions will plant two trees for each tree used in the manufacturing of Refuge, in association with our partnering organization Roots of Peace.

Ian Shive is an award-winning conservation photographer, author, educator, film producer, and environmental advocate as well as a recipient of the Sierra Club’s Ansel Adams Award for Conservation Photography. Shive’s images have appeared in hundreds of publications, including National Geographic, Outside, Backpacker, Nature Conservancy, Smithsonian, and more.