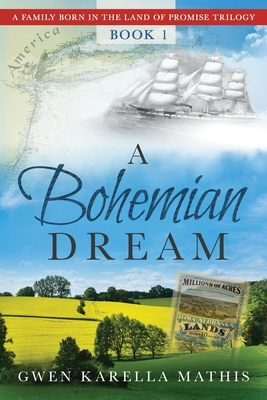 What Would You Do for the Love of Your Family?

Antonia Karella moved from Bohemia to New York City by herself in the 1800s-this is not only her story, but it's also the story of the generations who came after.

In a time when all your peers are trusting technology to tell the story of their ancestors, Gwen Karella Mathis discovered her roots naturally through family stories, intense research, and intimate interviews. After years of organizing her research and stories, she's written an inspiring narrative on the courage, bravery, and hard work it takes to realize a dream worth living.

She begins her story by re-telling how her father, Ambrose James Karella, was inspired to learn more about his ancestors as a young father. He spent years exchanging letters with a distant cousin who had laid a foundation for the hard work to come. These letters went from Nebraska to Alaska, exchanging new and exciting details they learned about their long-lost ancestors.

That was how they uncovered the true, emotional, and inspiring story of Antonia Karella, who took the long trip by boat from Bohemia to New York City alone, leaving her husband, Wenceslaus Karella, and their kids without their loving wife and mother. She struggled on her own for the next two years to save the fare to reunite them again, though as every second ticked by, her loneliness grew more and more painful.

Once they were finally reunited, they encountered many hardships by the time they reached their final destination-Madison, Nebraska. It was in Madison where they built the homestead they'd always dreamed of and worked tirelessly to ensure their children and grandchildren had every opportunity they could ever imagine. They built loving families and solid family businesses, but they also experienced plenty of heartache along the way.

This first installment of A Family Born in the Land of Promise Trilogy not only tells Wenceslaus and Antonia's story, but it also tells the intimate stories of her children and grandchildren. Readers will travel in time from the 1800s in Bohemia all the way to New York City and Nebraska, where the Karella family finally settled after moving to America to pursue their dreams.