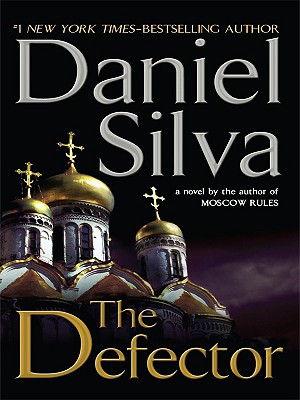 The extraordinary new Gabriel Allon novel from the #1 "New York Times"abestselling author.
Over the course of a remarkable career, Daniel Silva has established himself as one of the worldas finest writers of international intrigue, a craftsman worthy of comparison to John le CarrA(c) and Graham Greene. His latest bestseller, "Moscow Rules," was not only superior entertainment but a prescient cautionary tale about the emergence of the New Russia. Now he takes that tale to the next level.
Six months after the blood-soaked conclusion of "Moscow Rules," Allon is in Umbria, trying to resume his honeymoon with his new wife, Chiara, when a colleague pays him a shocking visit. The man who saved Allonas life in Moscow and was then resettled in England has vanished without a trace. British intelligence is sure he was a double agent all along, and they blame Allon for planting him. To discover the truth and clear his own name, Allon must go immediately to Londonaa decision that will prove to be the most fateful of his career.
In the British capital, he finds himself once more on the front lines of the secret war between East and West, where Russian spies and dissidents engage in the old game of cat and mouse. There, Allon uncovers a much greater conspiracy, a plot by an old enemy to resurrect a network of death, to bring the world to the precipice of a new confrontation, and, in order to stop it, he must risk everything: his ties to an organization he has served since his youth, his new marriage . . . even his life. Filled with breathtaking turns of plot and populated by a remarkable cast of characters, "The Defector" is more than the most explosive thriller of the summer. It is a searing tale of love, vengeance, and courage created by the writer whom the critics call athe perfect guide to the dangerous forces shaping our worlda ("The Orlando Sentinel").