The Lives of a Bengal Lancer (Paperback) 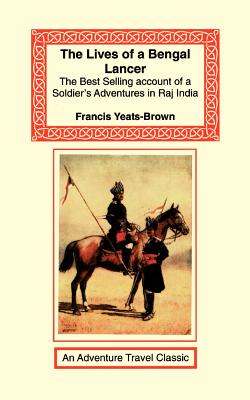 By Francis Yeats-Brown
Email or call for price.
Special Order

India was one of the most adventurous and romantic places on Earth in the early twentieth century. Though decades of political unrest, and eventual independence from Britain, were only a few years away, India in the early 1910s was a magnet for young men with a longing for adventure. Such a man was Francis Yeats Brown. Arriving in 1905, Brown soon discovered that life among his chosen regiment, the famed Bengal Lancers, was anything but boring. When he wasn't practising his military skills, the young cavalryman was riding his various horses in polo matches, or chasing wild boars. Plus there were a million mysteries waiting outside his door to explore, including his forbidden love affair with Masheen, the dancing girl. Yet in addition to being a skilful soldier and an intrepid traveller, Yeats Brown was a terrific writer. He takes the reader to out-of-the-way corners of the India that once was, but is no more. There he introduces a timeless cast of fakirs, mercenaries, rajas, and rogues. It was normal in the colourful world that Yeats-Brown moved through to have breakfast with an English general, then pass the time of day with a native whose speciality was locating cobras in the bedroom Thus "The Lives of a Bengal Lancer" remains a charming classic full of delightful descriptions, mystic experiences, and enduring legends from a place and a time now gone forever.