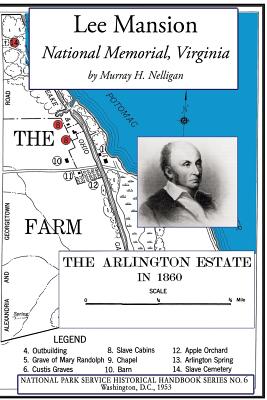 EVER since it was built more than a century ago, the Lee Mansion has dominated the scene across the river from the National Capital. An outstanding example of a Greek revival building of the early nineteenth century, its dignity and strength, simplicity and steady grace, now make it a most appropriate national memorial to one of America's greatest men, Robert E. Lee.

This is a reprint of the National Park Service Handbook Series Number 6. Which is a guide book for the Lee Mansion in Virginia. Built by his father-in-law, George Wahington Parke Custis, the adpoted son of General George Washington, the mansion was for many years a principal repository of the George Washington tradition.