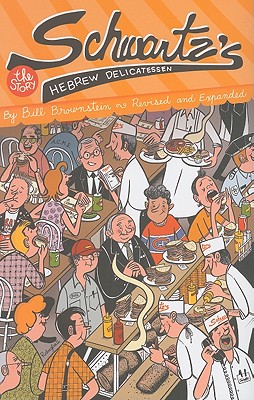 Colorful and evocative, this detailed history offers an insider's glance at the eccentric owners and diverse characters that comprise the backstory of a notorious smoked meat emporium in Montreal. Mixing social history with humor, this delightful narrative chronicles the succession of employees from The Shadow to the father of steak spice, as well as the larger-than-life tourists, actors, comedians, politicians, and everyday customers that have cruised through the establishment's doors. With the eye of a social historian, Brownstein also documents and grapples with such issues as the smoked meat and pastrami debate, the food police, the perils of expansion, and language laws. Updated and expanded in a new format, the release of this narrative is scheduled to coincide with the Centaur Theatre’s world premiere of Schwartz’s: The Musical—coming to life onstage at the end of March 2011.