The Darien Gap: Travels in the Rainforest of Panama (Paperback) 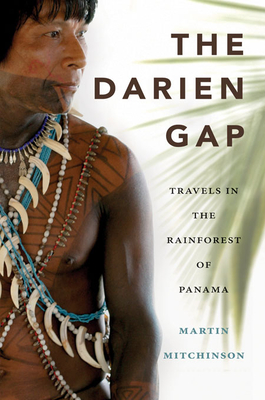 Finalist for the 2009 Edna Staebler Award for Creative Non-Fiction

If you want to drive from North America to South America, you'll have a hard time when you reach Panama's southernmost province, Darien. The Pan-American Highway ends just sixty miles short of Colombia. It's the only missing link in what would otherwise be uninterrupted highway from Alaska to Tierra del Fuego.

When Balboa marched through Darien's jungles to cross the narrow isthmus in 1513, he was the first European to sight the Pacific from its eastern shores. For the next four centuries, pirates, gold miners, rebels, and political schemers all gravitated to Darien. Scotland failed miserably in its attempt to establish a colony. An American Navy expedition wandered lost in its jungle for two months with seven men dying, and countries fought to control the region's traffic and trade. Yet today, Darien is best known as a roadless backwater, home to native communities, Colombian guerrillas, and the descendants of black slaves and Spanish colonists.

For twenty years, Martin Mitchinson has travelled in Central and South America. Fascinated by tales of Darien, he arrived aboard his 36-foot sailboat Ishmael, and spent the next 18 months navigating physical challenges, native politics and the constant risk of kidnapping. Mitchinson found temporary shelter in native communities while he followed footpaths through the rainforest, and paddled a dugout canoe along Darien's rivers. With two Kuna guides, he set off to follow Balboa's historic route across the continental divide to the Pacific.

Drawing on firsthand accounts and personal interviews to illuminate the history of the region, and recounting his travels with extraordinary honesty and grace, Mitchinson has produced the first of what we hope will be many fine travel narratives.

Martin Mitchinson has been a travel writer and photographer for the past ten years. He was born in Saskatoon and raised in northern Alberta, where he later worked in the oil fields to support his travels to Central and South America. He now lives outside Powell River, BC. The Darien Gap is his first book.