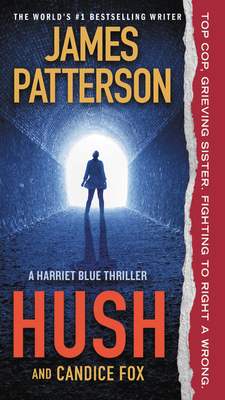 By James Patterson, Candice Fox
$9.99
Not Currently On The Shelf, But We Can Ship It To You In 3-5 Days

This is book number 4 in the Harriet Blue series.

Top cop, devoted sister, and now Inmate 3329: even prison bars won't stop Harriet Blue from seeking justice for the murder of her brother.

Prison is a dangerous place for a former cop -- as Harriet Blue is learning on a daily basis.

So, following a fight for her life and a prison-wide lockdown, the last person she wants to see is Deputy Police Commissioner Joe Woods. The man who put her inside.

But Woods is not there to gloat. His daughter Tonya and her two-year-old child have gone missing.

He's ready to offer Harriet a deal: find his family to buy her freedom . . .

James Patterson is the world's bestselling author and most trusted storyteller. He has created many enduring fictional characters and series, including Alex Cross, the Women's Murder Club, Michael Bennett, Maximum Ride, Middle School, and I Funny. Among his notable literary collaborations are The President Is Missing, with President Bill Clinton, and the Max Einstein series, produced in partnership with the Albert Einstein Estate.
Patterson's writing career is characterized by a single mission: to prove that there is no such thing as a person who "doesn't like to read," only people who haven't found the right book. He's given over three million books to schoolkids and the military, donated more than seventy million dollars to support education, and endowed over five thousand college scholarships for teachers. The National Book Foundation recently presented Patterson with the Literarian Award for Outstanding Service to the American Literary Community, and he is also the recipient of an Edgar Award and six Emmy Awards. He lives in Florida with his family.