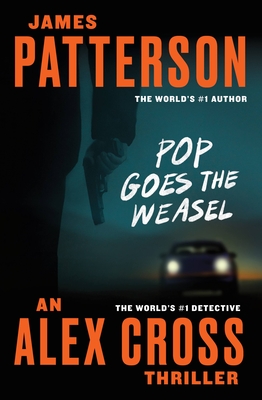 By James Patterson
$9.99
Email or call for price.

This is book number 5 in the An Alex Cross Thriller series.

In this heart-stopping thriller, Detective Alex Cross and his beloved fiancé find themselves tangled in a complex murder investigation, threatening not only public safety, but their chance at happiness together.

Alex Cross is happy, but his happiness is threatened by a series of chilling murders—murders with a pattern so twisted, it leaves investigators reeling. Cross's ingenious pursuit of the killer produces a suspect: a British diplomat named Geoffrey Shafer.

But proving that Shafer is the murderer becomes a potentially deadly task. As the diplomat engages in a brilliant series of surprising countermoves, in and out of the courtroom, Alex and his fiancée become hopelessly entangled with the most memorable nemesis Alex Cross has ever faced.

James Patterson is the world's bestselling author and most trusted storyteller. He has created many enduring fictional characters and series, including Alex Cross, the Women's Murder Club, Michael Bennett, Maximum Ride, Middle School, and I Funny. Among his notable literary collaborations are The President Is Missing, with President Bill Clinton, and the Max Einstein series, produced in partnership with the Albert Einstein Estate.

Patterson's writing career is characterized by a single mission: to prove that there is no such thing as a person who "doesn't like to read," only people who haven't found the right book. He's given over three million books to schoolkids and the military, donated more than seventy million dollars to support education, and endowed over five thousand college scholarships for teachers. For his prodigious imagination and championship of literacy in America, Patterson was awarded the 2019 National Humanities Medal. The National Book Foundation presented him with the Literarian Award for Outstanding Service to the American Literary Community, and he is also the recipient of an Edgar Award and nine Emmy Awards. He lives in Florida with his family.