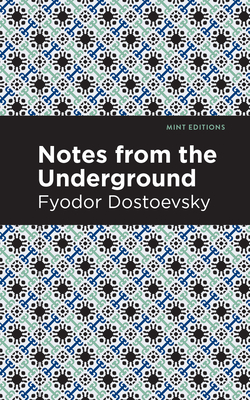 By Fyodor Dostoevsky, Mint Editions (Contribution by)
$7.99
Not Currently On The Shelf, But We Can Ship It To You In 3-5 Days

"It may seem paradoxical to speak of such insights as liberating, or to find in the Underground Man's impassioned rejection of rational humanitarianism a call to arms. Yet each age we live through as individuals demands a certain kind of book- just as each era thieves the last with a magpie's lust for the gewgaws of thought. Oddly enough, now I come to look at Notes again- and examine it in the round- I discover that my revised impression of it as a text at once jejune and cynical, callow as well as wise, is not, perhaps, too far from reality." -Will Self

""(Dostoevsky)... is the man more than any other who has created modern prose, and intensified it to its present-day pitch." -James Joyce Notes from the Underground is Fyodor Dostoevsky's ninth novel, and considered to be one of the first examples of the existential novel. In this radically inventive work, an alienated former minor administrator in nineteenth-century Russia has broken away from society and withdrawn into an underground identity.With its piercing insight into political, social, and moral issues, this classic is one of the most provocative work of literature ever written.

In the first half of the novel, the unnamed narrator, a cynical recluse in 1860's St. Petersburg, attacks the ideologies of inherent laws of self-interest; he is crippled with self-loathing, and bound by his contempt of certain political attitudes of his day. He welcomes any psychic or physical pain in his life as he believe it rails against the complacency of modern society. The second half, entitled "Apropos of the Wet Snow", the narrator relates his alienated relationships he experiences with others, including old school chums and a prostitute named Liza, who is only demeaned in his misanthropic mind. A singular document of the depravity of human consciousness, this is one of the most powerful pieces of literature ever written.

With an eye-catching new cover, and professionally typeset manuscript, this edition of Notes from the Underground is both modern and readable.