Raised in Ruins: A Memoir (Paperback) 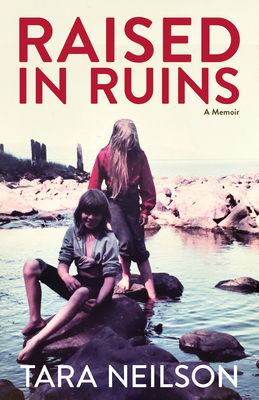 An extraordinary memoir of a woman's unconventional childhood growing up in the Alaskan wilderness, on the grounds where the burned remains of a cannery once stood.

In the 1980s the Neilson family moved out on a floathouse to the remote site of a former cannery in Southeast Alaska that had burned to the ground before statehood. They were miles away from any neighbors, surrounded on all sides by wolves, bears and other wildlife, entering the world of subsistence living in an uninviting land of dangerous weather and storms; yet the Neilsons were able to make themselves a home where few others would have found possible. Led by a jack-of-all-trades handyman for a father and a mother who was afraid of everything in the wilderness, Tara and her four siblings cleared the rough terrain to build atop the blackened, rusty ruins a new way of life that was completely their own.

From a young age, Tara learned that anything was possible, so long as one can imagine it and then make it happen. When given her mother's impractical design of a six-bedroom house, her father picked up his tools and crafted it into a reality. To reach the closest community, they built a wooden boat sixteen feet long for the perilous journey on the water. The Alaska wilds required independence and self-sufficiency from the family, and in return it provided a natural landscape that inspired romantic passion and unlimited dreams. With endless forest on one side and the wide ocean on the other, Tara embraced the lonesomeness of the burned cannery ruins that she called home, and often wondered what it once was with its people inside, their stories, where they went, and what happened to them.

Beautifully poignant and completely original, Raised in Ruins escapes into the wilderness to discover a piece of Alaskan history wrapped in an incredible family adventure fueled by love, strength, hard work, endurance, and boundless imagination.