The Queen's Men: A Novel (An Agents of the Crown Novel #2) (Hardcover) 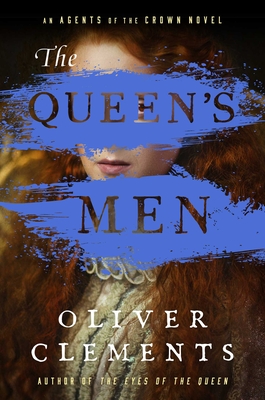 The Agents of the Crown—the “rollicking new historical thriller” (The New York Times Book Review) series—returns with this riveting novel following the original MI6 agent as he is assigned a dangerous mission to recreate a weapon from antiquity.

As she travels through Waltham Forest, Queen Elizabeth I is ambushed by masked gunmen who leave her carriage riddled with holes before disappearing into the night. The Queen’s Private Secretary, Sir Francis Walsingham, is tasked with finding the perpetrators, about whom they know precious little. But someone alerted the gunman to the route of the Queen’s carriage, and Walsingham knows that the assassins will not stop until she’s dead.

While Queen Elizabeth’s Privy Council debates how to best secure the throne in the wake of the attack and Catholic Spain’s further intrusion into the Low Countries, the queen herself searches for the ultimate weapon to protect her country and throne: Greek fire, the recipe of which disappeared with the collapse of the Byzantine Empire. She orders her friend John Dee—scientist, philosopher, and spy—to rediscover this vital secret, despite his misgivings. For he understands that in a world fraught with coded messages, ruthless adversaries, and deadly plot, his mission to secure his nation’s future may prove impossible, unless he deploys the most effective weapon of all: intelligence.

With his “twisty, fast-paced” (Publishers Weekly) prose, Oliver Clements weaves another white-knuckled and intelligent historical thriller set in the Age of the Enlightenment with parallels in the present day.

Oliver Clements is a novelist and screenwriter based in Mortlake, London.