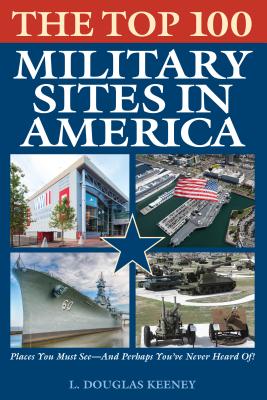 Military tourism has exploded. Last year, more than 30 million Americans bought a ticket to visit a military destination setting visitation records from New York to California. But what destinations, and where did they go? The truth is that there are uncounted military sites you can see and visit, some on --and some off -- the beaten path. There are secret missile sites, life sized dioramas, outdoor tank, ship, and bomber parks, and incredible exhibits with stories to tell that will astound you. All you'll need is this book and a driver's license to find and visit them, and perhaps a map for the most hidden of them all. Did you know that the Coast Guard mounted a rescue effort on 9.11 and evacuated more than 100,000 New Yorkers from Manhattan by boat? Go to the little-known Naval Air Station Wildwood Museum in Cape May, New Jersey to discover that story. How about the remnants of the helicopter from Blackhawk Down or the lifeboat from Captain Phillips - or even the Airbus pulled from the Hudson River that was piloted by Sully Sullenberger? We'll tell you where to go to find all of these objects -- and many, many more. Perhaps intrigue is more your suit. You can't go into Area 51 but the government now acknowledges that it exists so we can suggest a drive near the perimeter that lets your imagination go wild. And while you're in Nevada we'll tell you how to join an almost-secret caravan of cars that goes out to the exact spot where atomic bombs were once detonated, that and all the info you need to see a fantastic museum in Las Vegas that features all of our formerly secret nuclear air-to-air missiles, nuclear howitzers, nuclear artillery shells and nuclear who-knows-what. And so it goes. Fire the gun on a Sherman tank, walk the decks of an aircraft carrier, go inside a hush-hush submarine, sit in a F-4 Phantom, fly in a Huey, see the trenches of World War I, walk the beaches of D-Day, see a CIA airbase - all of it here in America, all waiting for you to explore.

L. Douglas Keeney is a historian, researcher, speaker, and author of more than a dozen books on American history. His career started in the 1960s when, as a young boy, Keeney spent many happy hours digging through his grandmother's attic. Oddly, it wasn't so much the objects he found but rather the crumpled newspapers wrapped around his grandmother's dishes and mementos that triggered his imagination. Those papers contained headlines from World War II. Keeney was hooked. Since then his research has taken him to scores of military museums and archives across all of the lower 48 states. A pilot and scuba diver, he lives in Louisville, Kentucky with his wife, the journalist Jill Johnson Keeney. For more information, see www.douglaskeeney.com.