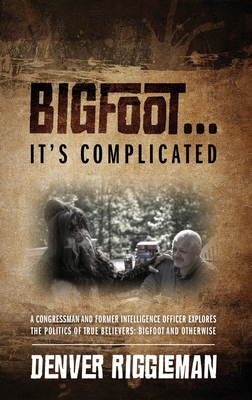 The Unstable in Search of the Impossible

Denver Riggleman is a logical guy-he has to be, as a government data analytics expert. But at the same time, he's been haunted since childhood by the memory of an inexplicable encounter with-Something-that he and his grandfather met unexpectedly in the woods. Denver's ongoing curiosity about what it might have been, and his fascination with the fringe element of Bigfoot Believers, leads him on an "official" investigation into the world of Bigfoot's fervent disciples and their eclectic belief systems. The Mating Habits of Bigfoot takes you deep into a world dedicated to studying a creature whose existence cannot be proved, but that doesn't stop its devotees from learning its habits, language, and dietary preferences. Wandering haphazardly through the woods, seeing things that aren't there and hoping for the miracle of provable contact, the Bigfoot crusaders attempt to find their evasive hero-God...while speculating about whether his anatomy is proportionate. Hilarious and thought-provoking, this book will challenge what you think you know about reality.