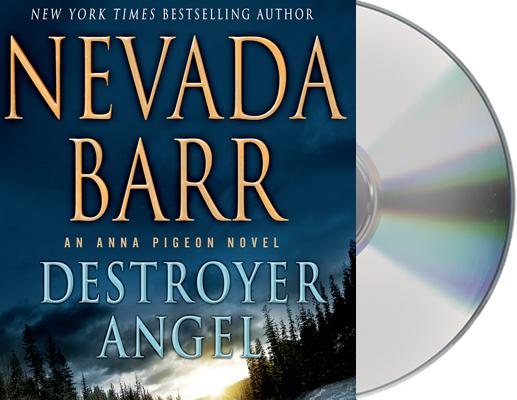 By Nevada Barr, Barbara Rosenblat (Read by)
Email or call for price.
Out of Print

This is book number 18 in the Anna Pigeon Mysteries series.

Anna Pigeon, a ranger for the U.S. Park Services, sets off on vacation—an autumn canoe trip in the to the Iron Range in upstate Minnesota. With Anna is her friend Heath, a paraplegic; Heath's fifteen-year-old daughter, Elizabeth; Leah, a wealthy designer of outdoor equipment; and her daughter, Katie, who is thirteen. For Heath and Leah, this is a shakedown cruise to test a new cutting edge line of camping equipment. The equipment, designed by Leah, will make camping and canoeing more accessible to disabled outdoorsmen.

On their second night out, Anna goes off on her own for a solo evening float on the Fox River. When she comes back, she finds that four thugs, armed with rifles, pistols, and knives, have taken the two women and their teenaged daughters captive. With limited resources and no access to the outside world, Anna has only two days to rescue them before her friends are either killed or flown out of the country, in Destroyer Angel by Nevada Barr.

Named “the gold standard” of audiobook narrators and “a voice of the century” by AudioFile Magazine, Barbara Rosenblat is one of the most beloved artists in the industry, having won an impressive 8 Audies along with over 40 Earphone Awards and the 2010 Odyssey Medal for Best Audio Production. An accomplished theater, film, and television actress, Rosenblat has been featured on Orange is the New Black and has performed both on Broadway and in London’s West End theatre.

“Gripping...suspenseful...a tightly coiled story about trust and rebuilding a life, set against a stunning landscape.” —South Florida Sun Sentinel on THE ROPE

“Engrossing...this is pure joy for a real fan. Barr has outdone herself.” —Charlotte Observer on THE ROPE

“Terrifying...Dark and visceral, the novel is sure to appeal to Barr's legion of fans, especially those who have been clamoring for the author to light the shadows of Anna's past...A crisply written and revelatory entry in the Pigeon series.” —Booklist on THE ROPE

“Barr's exciting 17th Anna Pigeon thriller takes readers where they've wanted to go for years--to Anna's beginnings as a park ranger....Misdirection and a rising body count ratchet up the tension.” —Publishers Weekly on THE ROPE

“Barr's luxuriant depictions of desert landscapes with its colors and hues and details about Lake Powell's tourist population are interwoven into the narrative as an indispensable element of her popular series. Anna emerges from this canyon escapade as a strong, determined woman...Verdict: Another awesome winner for Barr.” —Library Journal on THE ROPE

“Nevada Barr is one of the best.” —Boston Globe on BURN

“Engrossing...ingenious...inventive and sharply observed.” —The Washington Post on BURN

“Abundant suspense.” —The Oklahoman on BURN

“Burn will smolder in your heart long after you're done.” —Madison County Herald on BURN

“Solid and suspenseful plotting. A definite winner.” —Booklist on BURN

“Barr has written another hit [that] her fans will devour.” —Library Journal on BURN

“A rare treat...Told with all Barr's usual verve and eye for detail and with a solid, tight plot.” —The Globe and Mail (Toronto) on BURN