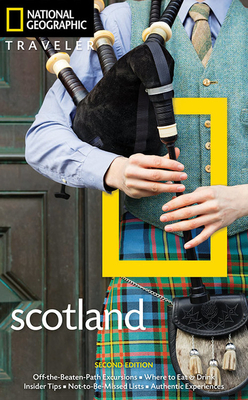 ROBIN MCKELVIE is a native Scot with a master's degree in English literature and a passion for traveling that has taken him to more than 80 countries. In over a decade as a professional travel writer, Robin has written more than 30 travel books, had articles and photographs published in more than 50 magazines and newspapers across five continents, and also worked in radio and TV. His travel adventures include taking the train from Edinburgh to Hong Kong, swimming with sharks in Belize, and canoeing with crocodiles in Australia. An active member of the British Guild of Travel Writers, Robin makes more than 30 trips a year, at least half of them around his favorite country in the world—which, with his hand on his proud heart--he can honestly say is Scotland. Visit him at robinmckelvie.com.

JENNY MCKELVIE is an adopted Scot who has been a travel writer and photographer for more than a decade, visiting more than 50 countries along the way and living in three of them: Scotland, England, and Australia. She has co-authored more than 20 travel guidebooks with her husband, Robin, and has written travel articles for more than 20 magazines and newspapers in the United Kingdom. Her number one country remains, of course, the country she married into: Scotland. Visit her at jennymckelvie.com.