The Birth of Tragedy: (Translated by William A. Haussmann) (Paperback) 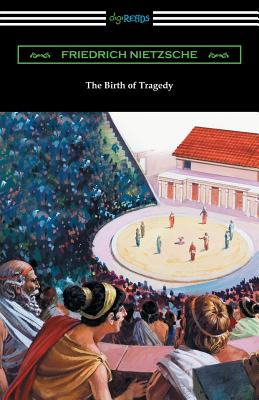 German philosopher, Friedrich Nietzsche was one the most controversial figures of the 19th century. His evocative writings on religion, morality, culture, philosophy, and science were often polemic attacks against the established views of his time. First published in 1872, "The Birth of Tragedy" is the author's classic work on dramatic theory. It was the author's first published work in which he exhibited his enthusiasm for the dramatic works of Aeschylus and Sophocles. In the dramatic works of classical antiquity, Nietzsche found a life-affirming philosophy arising from what is otherwise a tragic and meaningless world. Introduced here is the intellectual dichotomy between the Dionysian and the Apollonian dramatic traditions. The sons of Zeus, Apollo and Dionysus, respectively represented the traits of reason and emotion. Nietzsche argues that the conflict between these two characteristics is central to the human condition and the brilliance with which the Ancient Greeks dealt with this conflict was the principal quality contributing to their excellence. Harshly criticized in its time, Nietzsche would later recognize, in a prefatory essay, the work as a product of youthful naivet when he reissued it in 1886. This edition is printed on premium acid-free paper and follows the translation of William A. Haussmann.