A Short History of Russia (Paperback) 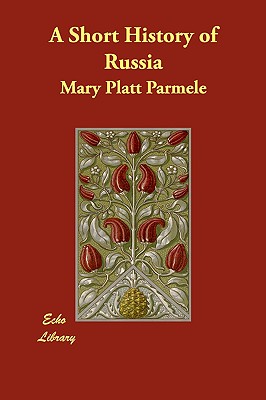 Occasionally there arises a man in history who, without distinction of birth or other advantages, is strong enough by sheer ability to grasp the opportunity, vault into power, and then stem the tide of events. Such a man... was Boris Godunof, a boyar, who had so faithfully served the terrible Ivan that he leaned upon him and at last confided to him the supervision of his feeble son Feodor, when he should succeed him. The plans of this ambitious usurper were probably laid from the time of tragic death of Ivan's son, the Tsarevitch. He brought about the marriage of his beautiful sister Irene with Feodor, and from the hour of Ivan's death was virtual ruler. -from "Chapter XII: Serfdom Created-The First Romanoff" With a verve and liveliness worthy of a novelist, American writer MARY PLATT PARMELE (1843-1911) put her unique stamp on world history with her series of clever, concise histories, condensed tales of the world's great nations that encompassed the essential facts necessary for appreciating the state of the world as she saw it. With this book, first published in 1899 and updated in 1904, she introduces us to the dramatic story of the Russian Empire. From the extraordinarily rugged geography that has shaped the sturdy character of its inhabitants since the remotest depths of time to the intrigues of Kublai-Khan and Ivan the Terrible to pre-World War I clashes with Japan over Manchuria, this is the passionate tale of a proud people. OF INTEREST TO: readers of European and classical history Parmele's books available from Cosimo Classics: * The Evolution of an Empire: A Brief Historical Sketch of France * The Evolution of an Empire: A Brief Historical Sketch of the United States * AShort History of France * A Short History of Germany * A Short History of Spain * A Short History of Rome and Italy * A Short History of England, Ireland and Scotland.