The Playboy of the Western World (Student Editions) (Paperback) 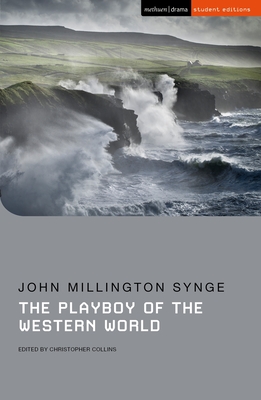 This revised edition of the play is published alongside commentary and notes by Christopher Collins, Assistant Professor of Drama at the University of Nottingham, UK. It includes information for today's students on the play's context; themes; dramatic devices; production history; critical reception; academic debate; and ideas for further study. It also includes interviews with practitioners involved in major recent productions of the play.

Described by J.M. Synge as a comedy, an extravaganza, made to use, The Playboy of the Western World is one of the most iconic plays to have come out of Ireland in the 20th century and is today recognised as a staple of the dramatic canon. It is published as a new Student Edition, which offers a 21st century lens on a play over 100 years old. When it was first performed in 1907 at Dublin's Abbey Theatre, Synge's play provoked uproar and was interrupted more than once by the police. Today, we recognise its importance in making Irish drama the force it became in the early 20th century.

John Millington Synge (1871-1909) is widely regarded as the greatest ever Irish dramatist. The lives of the people of Connemara and the Aran Islands were brought to life through his six great plays: In The Shadow of the Glen (1903), Riders to the Sea (1904), The Well of the Saints (1905), The Playboy of the Western World (1907), The Tinkers' Wedding (1908), and his unfinished mythological drama Deirdre of the Sorrows (performed posthumously in 1910). Christopher Collins is Associate Professor of Drama at the University of Nottingham, UK. He received his Ph.D from Trinity College Dublin and works primarily on the plays of J.M. Synge. His publications include contributing to The Palgrave Handbook of Contemporary Irish Theatre and Performance and J.M. Synge's The Playboy of the Western World.