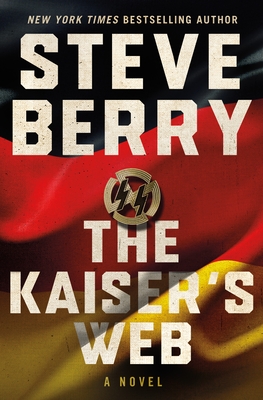 This is book number 16 in the Cotton Malone series.

In New York Times bestseller Steve Berry’s latest Cotton Malone adventure, a secret dossier from a World War II-era Soviet spy comes to light containing information that, if proven true, would not only rewrite history — it could impact Germany's upcoming national elections and forever alter the political landscape of Europe.

Two candidates are vying to become Chancellor of Germany. One is a patriot having served for the past sixteen years, the other a usurper, stoking the flames of nationalistic hate. Both harbor secrets, but only one knows the truth about the other. They are on a collision course, all turning on the events of one fateful day — April 30, 1945 — and what happened deep beneath Berlin in the Fürherbunker. Did Adolph Hitler and Eva Braun die there? Did Martin Bormann, Hitler’s close confidant, manage to escape? And, even more important, where did billions in Nazi wealth disappear to in the waning days of World War II? The answers to these questions will determine who becomes the next Chancellor of Germany.

From the mysterious Chilean lake district, to the dangerous mesas of South Africa, and finally into the secret vaults of Switzerland, former-Justice Department agent Cotton Malone discovers the truth about the fates of Hitler, Braun, and Bormann. Revelations that could not only transform Europe, but finally expose a mystery known as the Kaiser’s web.

Praise for The Kaiser's Web
"[Berry's] most ambitious and relevant thriller to date. A no-holds-barred, high-stakes romp with echoes of class spy novelists like John le Carré, Len Deighton, and Alistair MacLean….This is a dream read for the unabashed thriller aficionado, a story stitched along classic lines that never disappoints in laying out a riveting and relentless tapestry.” — Providence Journal

"Steve Berry does it as well as anyone in the historical thriller / alternative history genre. . . Filled with mystery, history and intrigue, twists and turns that keep your head spinning until the very end, The Kaiser’s Web is a wonderfully informative, entertaining and fast-paced novel. This is a worthy new chapter in the Cotton Malone series!" — Mystery and Suspense Magazine

“Another thrill-ride, with lots of twists and turns that keep the reader on their toes.” —Red Carpet Crash