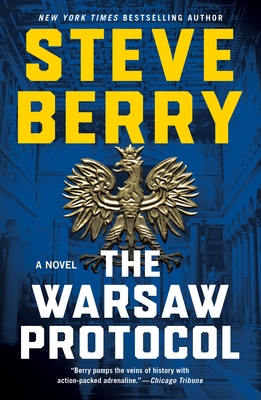 In New York Times bestseller Steve Berry’s next Cotton Malone adventure, one by one the seven precious relics of the Arma Christi, the weapons of Christ, are disappearing from sanctuaries across the world.

Praise for The Warsaw Protocol

"Berry blends a fascinating history of Poland and its neighbors and tweaks it a bit to deliver a novel that is both thrilling and timely." — Associated Press

"This novel is a history lesson wrapped around a thriller injected with steroids . . . Berry pumps the veins of history with action-packed adrenaline of global espionage and intrigue." — The Chicago Tribune