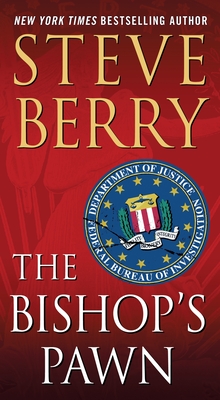 This is book number 13 in the Cotton Malone series.

Martin Luther King, Jr. was murdered on April 4, 1968. Thirty-two years later, a young Cotton Malone happens upon an explosive secret about what really took place that day in Memphis.


“A compelling historical mystery with a terrific payoff.”—Associated Press

Known as a maverick, Malone is a Navy lawyer in trouble when Stephanie Nelle, from the United States Justice Department, seeks his help in investigating a delicate situation involving a stolen rare coin and a rogue FBI faction. Soon Malone realizes that the Justice Department and the FBI are at war over something else entirely: a cache of secret files about the King assassination—documents thought long destroyed. Caught in the midst of this epic clash, Malone ultimately discovers a shocking truth—one that could threaten the legacy of the civil rights movement’s greatest hero. From the clear waters of the Dry Tortugas to Florida and Washington, D.C., Malone’s decision to see his mission through will not only change his own life, but the course of history itself.

“Fast-paced and exciting…Berry has a knack for presenting alternative history that seems as though it might be true.”—Library Journal (starred review)

“A compelling historical mystery with a terrific payoff.”—Associated Press

“As fast-paced and exciting as all his previous books, this is another winner in the author’s best-selling series. Berry’s fans will not be disappointed. He has a knack for presenting alternative history that seems as though it might be true.” – Library Journal, starred review

“It took him a while—a dozen books—to get around to it, but Berry has finally written Cotton Malone’s origin story… [an] exciting tale of historical intrigue” – Booklist

“Berry has always ‘hit it out of the park’ with his books; with this, he’s basically hit it to the moon and back. It is that good. Berry is outstanding, taking people on a hunt through the past that brings even more suspense to a crime that has never been forgotten.” –Suspense Magazine

“This Cotton Malone case is a fast-paced, heart-pounding thriller with dark corners and passaiewgeways. The action hits the ground running and does not let up until the end. Steve Berry is a talented author who shakes things up by presenting alternate versions to historical events.” – RT Book Reviews

“Berry mixes historical facts with his own fictions in a manner that readers of this terrific series have come to love. The Bishop’s Pawn…keeps the suspense building until the final pages. It’s one of the best books in a wonderful series.” – Connecticut Post

“Berry doesn’t so much as up the ante here as change the game. And the result is a tour de force that’s everything a great thriller is supposed to be.” – Providence Journal