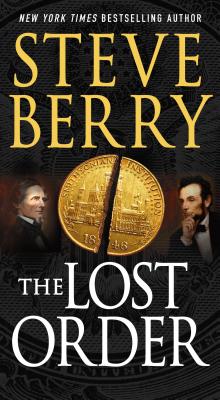 This is book number 12 in the Cotton Malone series.

The Knights of the Golden Circle was the largest and most dangerous clandestine organization in American history. It amassed billions in stolen gold and silver, all buried in hidden caches across the country. Treasure hunters searched for over a century, but little of that immense wealth was ever found—until now.
When the news about the found treasure gets out, two factions of what remains of the Knights rush to seize their fair share. Thrust into this battle is former Justice Department agent Cotton Malone, who has his own ancestral connection to the Knights—one that is far more complicated than he ever could have imagined.

“A masterpiece of storytelling genius that is not to be missed.”
—Providence Journal
As Malone tries to uncover the truth about one of the United States’ most legendary secrets, he finds himself on a perilous adventure that takes him from the Senate floor and the backrooms of the Smithsonian Institution to the deepest woods in rural Arkansas and finally into the rugged mountains of New Mexico. The Lost Order illuminates our country’s dark past, and the risks of a potentially darker future.
“Excellent…weaves fact and fiction, history and the present…a page-turning read that is hard to put down.”—Library Journal(starred review)