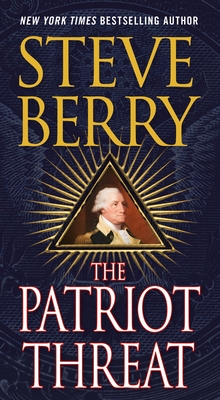 This is book number 10 in the Cotton Malone series.

The history of America's income-tax law can be found in the 16th Amendment to the Constitution. But someone has unearthed a secret that calls that law into question. Now it's up to Cotton Malone to learn the truth. . .

Once a member of an elite intelligence division within the Justice Department, Malone is now a retired bookshop owner in Denmark. But when his former boss, Stephanie Nelle, asks him to track a rogue North Korean who may have acquired some top secret Treasury Department files-the kind that could bring the United States to its knees-Malone is vaulted into a harrowing twenty-four-hour chase that begins on the canals in Venice and ends in the remote highlands of Croatia.

"Loaded with action, character sketches, [and] fascinating history...along the lines of The Da Vinci Code."-Pittsburgh Post-Gazette

With appearances by Franklin Roosevelt, Andrew Mellon, a curious painting that still hangs in the National Gallery of Art, and some eye-opening revelations about the dollar bill, Malone's high-stakes investigation will ultimately beg the question: What if the federal income tax is illegal? Now it's up to him to find the answer-at all costs.

"One of Berry's best books to date."-The New York Times

“One of Berry's best books to date.” —The New York Times

“Steve Berry is a master at weaving together historical details with fiction to create a spellbinding thriller...Suspenseful, entertaining and thought provoking. As usual, Berry’s writing is smooth, the plot well thought out, and the characters realistic. Another winner from Steve Berry.” —The Providence Journal

“Cotton Malone is once again thrown into the midst of fast-paced international threats. The history in this novel is intriguing, even to non-history buffs.” —RT Book Reviews (4 stars)

“A fast-paced and entertaining traditional thriller along the lines of The Da Vinci Code. [The Patriot Threat is] loaded with action, character sketches, fascinating history and Mr. Berry’s liberal use of poetic license.” —The Pittsburgh Post-Gazette