Beyond Holy Russia: The Life and Times of Stephen Graham (Hardcover) 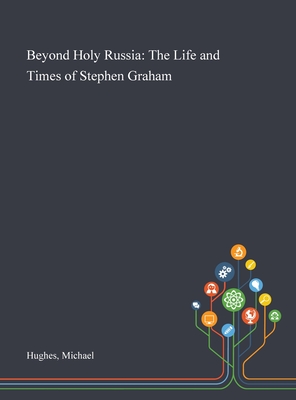 By Michael Hughes
Email or call for price.
Special Order

This biography examines the long life of the traveller and author Stephen Graham. Graham walked across large parts of the Tsarist Empire in the years before 1917, describing his adventures in a series of books and articles that helped to shape attitudes towards Russia in Britain and the United States. In later years he travelled widely across Europe and North America, meeting some of the best known writers of the twentieth century, including H.G. Wells and Ernest Hemingway. Graham also wrote numerous novels and biographies that won him a wide readership on both sides of the Atlantic. This book traces Graham's career as a world traveller, and provides a rich portrait of English, Russian and American literary life in the first half of the twentieth century. It also examines how many aspects of his life and writing coincide with contemporary concerns, including the development of New Age spirituality and the rise of environmental awareness.Beyond Holy Russia is based on extensive research in archives of private papers in Britain and the USA and on the many works of Graham himself. The author describes with admirable tact and clarity Graham's heterodox and convoluted spiritual quest. The result is a fascinating portrait of a man who was for many years a significant literary figure on both sides of the Atlantic. This work was published by Saint Philip Street Press pursuant to a Creative Commons license permitting commercial use. All rights not granted by the work's license are retained by the author or authors.