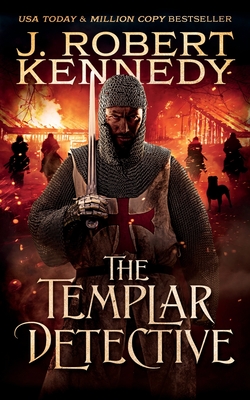 IN AN AGE BEFORE DETECTIVES, ONE TEMPLAR KNIGHT IS CALLED UPON TO DELIVER JUSTICE

When wounded Templar Knight Sir Marcus de Rancourt receives word that his sister is dying, he returns to a home he hasn't seen in twenty years, only to find his sister dead, and her children orphaned. Sir Marcus decides to take on the greatest challenge of his life and remain behind to raise the children, his loyal sergeant and squires insisting on joining him to work the land by his side.

But before they can settle into their new lives as farmers rather than soldiers, they are thrust into the middle of a conspiracy that could rock the very foundations of the Templars and the Roman Catholic Church.

And it all starts with a simple murder, witnessed by a little boy, who swears Templars killed his parents.

Now it is up to Sir Marcus and his men to determine who committed the gruesome murders, and clear the good name of the Templars, before the very balance of power in the region shifts in favor of someone who should never possess it.

Get your copy today, and meet a new band of war-weary heroes, struggling to reintegrate into society, who are called upon once again to serve their Order, their Church, and their God.