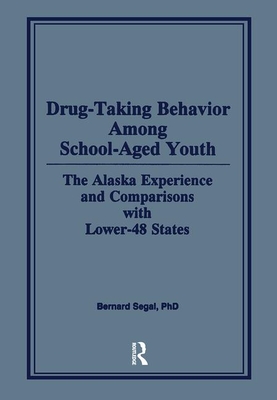 By Bernard Segal
Email or call for price.
Special Order

Use this valuable knowledge about drug-taking behavior to plan strategies to prevent or reduce drug-taking among youth. The findings from this unique study have important implications for researchers, educators, practitioners, and local and state policymakers and planners for the development of initiatives for addressing smoking, drinking, and drug use among early adolescents and teenagers. The purpose of this informative volume is to further understand drug-taking behavior among adolescents by providing information on the prevalence, correlates, and consequences of drug-taking behavior among a large sample of adolescents. Although the focus is on Alaska, the findings generalize to comparably aged youth in general; moreover, comparisons with findings from national studies and other states provide interesting results.

"Bernard Segal, PhD, is Associate Dean of the School of Health Sciences at the University of Alaska Anchorage. Dr. Segal began at the University of Alaska in 1977 as Training Coordinator within the Center for Alcohol and Addiction Studies. He was named the Center's Director in 1979 and continued in that role until June 1983, when he returned to full time research and teaching. He was reappointed as the Center's Director in August 1987, and appointed to his current position in April 1988. His research interest is in the psychosocial correlates of drug-taking behavior. A recipient of both federal and state grants, his research has led to two books, numerous publications and presentations, and to collaboration with researchers in other countries. He has been to Israel and Japan as a visiting professor, and has been invited to the Soviet Union, where he is currently involved in a collaborative project with alcohol researchers in Novosibirisk, Siberia. After earning a doctorate in clinical psychology from the University of Oklahoma in 1967, Dr. Segal taught at the University of Rhode Island for several years before becoming Director of the Psychological Center and of Clinical Training at Murray State University in Kentucky. During this time, he was also a police psychologist at the Murray Police Department. Dr. Segal is the editor of Drugs & Society. "