Cyborgs, Sexuality, and the Undead: The Body in Mexican and Brazilian Speculative Fiction (Paperback) 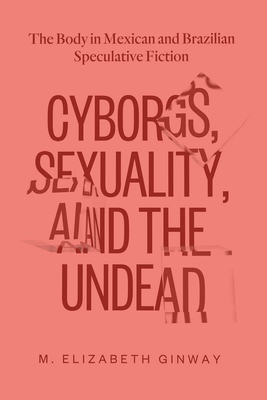 By M. Elizabeth Ginway
Email or call for price.

Writers in Brazil and Mexico discovered early on that speculative fiction provides an ideal platform for addressing the complex issues of modernity, yet the study of speculative fictions rarely strays from the United States and England. Cyborgs, Sexuality, and the Undead expands the traditional purview of speculative fiction in all its incarnations (science fiction, fantasy, horror) beyond the traditional Anglo-American context to focus on work produced in Mexico and Brazil across a historical overview from 1870 to the present. The book portrays the effects--and ravages--of modernity in these two nations, addressing its technological, cultural, and social consequences and their implications for the human body. In Cyborgs, Sexuality, and the Undead, M. Elizabeth Ginway examines all these issues from a number of theoretical perspectives, most importantly through the lens of Bol var Echeverr a's "baroque ethos," which emphasizes the strategies that subaltern populations may adopt in order to survive and prosper in the face of massive historical and structural disadvantages. Foucault's concept of biopolitics is developed in discussion with Roberto Esposito's concept of immunity and Giorgio Agamben's distinction between "political life" and "bare life." This book will be of interest to scholars of speculative fiction, as well as Mexicanists and Brazilianists in history, literary studies, and critical theory.

M. Elizabeth Ginway is an associate professor of Spanish and Portuguese at the University of Florida.