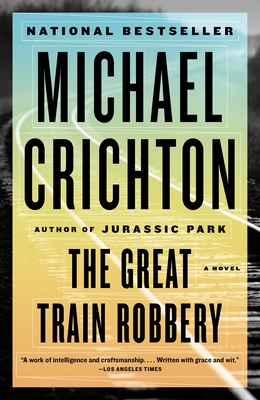 In teeming Victorian London, where lavish wealth and appalling poverty live side by side, Edward Pierce charms the most prominent of the well-to-do as he cunningly orchestrates the crime of the century. Who would suspect that a gentleman of breeding could mastermind the daring theft of a fortune in gold? Who could predict the consequences of making the extraordinary robbery aboard the pride of England's industrial era, the mighty steam locomotive? Based on fact, as lively as legend, and studded with all the suspense and style of a modern fiction master, here is a classic caper novel set a decade before the age of dynamite--yet nonetheless explosive....

Michael Crichton was born in Chicago in 1942. His novels include Timeline, Jurassic Park, and The Andromeda Strain. He was also the creator of the television series ER. One of the most popular writers in the world, his books have been made into thirteen films, and translated in thirty-six languages. He died in 2008.