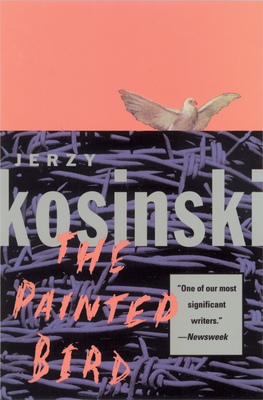 Unputdownable, lusciously written, and haunting to the core, Kosinsky's book is one of the best I've ever read. The best character development short of Dostoevsky is why this book made so many waves.

Originally published in 1965, The Painted Bird established Jerzy Kosinski as a major literary figure. Kosinski's story follows a dark-haired, olive-skinned boy, abandoned by his parents during World War II, as he wanders alone from one village to another, sometimes hounded and tortured, only rarely sheltered and cared for. Through the juxtaposition of adolescence and the most brutal of adult experiences, Kosinski sums up a Bosch-like world of harrowing excess where senseless violence and untempered hatred are the norm. Through sparse prose and vivid imagery, Kosinski's novel is a story of mythic proportion, even more relevant to today's society than it was upon its original publication.

One of the best. . . . Written with deep sincerity and sensitivity.Elie Wiesel, The New York Times Book Review

A powerful blow on the mind because it is so carefully kept within the margins of probability and fact.Arthur Miller

Of all the remarkable fiction that emerged from World War II, nothing stands higher than Jerzy Kosinskis The Painted Bird. A magnificent work of art, and a celebration of the individual will. No one who reads it will be unmoved by it. The Painted Bird enriches our literature and our lives.Jonathan Yardley, The Miami Herald

Extraordinary . . . literally staggering . . . one of the most powerful books I have ever read.Richard Kluger, Harpers Magazine