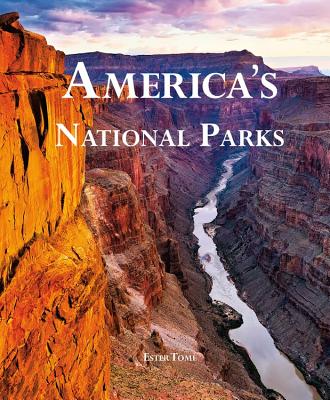 In America's National Parks, astounding photographs of the raw natural beauty of American national parks are arranged into chapters highlighting the best sights to see.

The untamed majesty on display in America's National Parks is awe inspiring. From the cloudy peaks of Mount McKinley in Alaska to the clear waters of Dry Tortugas, the national parks of the United States are much more than an ecosystem of corals, volcanoes, mountains, wolves, and bears. It is an immense altar that consecrates the spirit of a people. The American landscape is a stage where nature has displayed its most evocative shows.

The American national parks include the fantastic obelisks of Yosemite, the geothermal phenomena of Yellowstone, the depths of the Grand Canyon, and the stone arches that dot Utah and Arizona. The landscape is carved by the erosion and the deep movements of the earth's crust, which unearth fossils and rock sediments. Traveling along these lands is a journey through geological history.

Take an armchair tour of a nation's wild heart, a land of grizzlies and sequoias, where America retains its dream of nature and frontier.

Ester Tomè holds a degree in literature from the University of Verona and is an editor at Sassi Editore. She is also the author of the Sassi titles Portugal (2015) and Sicily (2017).