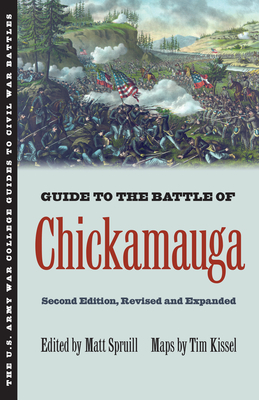 Not far from Chattanooga in northern Georgia, the Confederacy won one of its most decisive battles at Chickamauga. This guide uses firsthand accounts to illustrate how this skirmish, only two days long, turned into the second-bloodiest battle of the Civil War with over 34,000 Union and Confederate soldiers killed, wounded, or captured. The U.S. Army War College Guides to Civil War Battles series was developed for "staff rides" on key battlefields by military professionals. Eyewitness accounts by battle participants make these guides invaluable resources for visitors to the national military parks and armchair strategists alike who want a greater understanding of five of the most devastating yet influential years in our nation's history. This is an on-the-ground guide with explicit directions to points of interest and maps--illustrating the action and showing the details of troop position, roads, rivers, elevations, and tree lines as they were more than 150 years ago--that help bring the battle to life. In the field, these guides can be used to re-create each battle's setting and proportions, giving the reader a sense of the tension and fear each soldier must have felt as he faced his enemy.