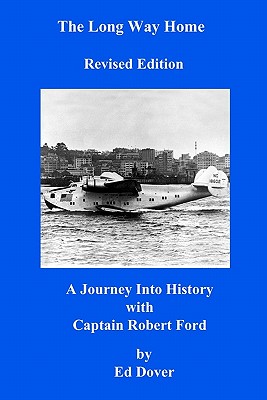 The story of how a Pan American Airways B-314 flying boat, caught in the South Pacific, made an unplanned flight around the world following the Japanese attack on Pearl Harbor on December 7, 1941. Flying in total secrecy and radio blackout, Captain Ford and his 10 man crew flew over 31,500 miles in six weeks, avoiding enemy action in their effort to return safely to the United States. An astounding feat in 1941.

Ed Dover joined Pan American in 1942 as a Flight Radio Officer and made many flights aboard Pan Am's flying boats, including several on the Pacific Clipper. With the elimination of radio officers after WW II, he joined the Civil Aeronautics Authority (forerunner of the FAA) and during the early years of his thirty-three year career with the FAA he was assigned communications duties in Hawaii and on remote Pacific Islands, including Midway and Wake Islands. Later he became an air traffic controller in the U.S. He retired from the FAA in 1982 and lives in Albuquerque, New Mexico