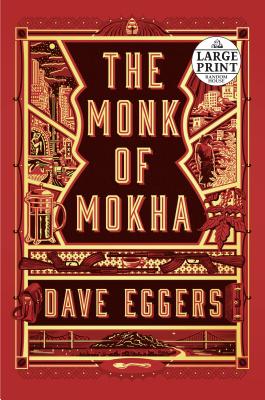 From the bestselling author of The Circle and What Is the What, the true story of a young Yemeni-American man, raised in San Francisco, who dreams of resurrecting the ancient art of Yemeni coffee but finds himself trapped in Sana'a by civil war.

Mokhtar Alkhanshali grew up in San Francisco, one of seven siblings brought up by Yemeni immigrants in a tiny apartment. At age twenty-four, unable to pay for college, he works as a doorman, until a statue of an Arab raising a cup of coffee awakens something in him. He sets out to learn the rich history of coffee in Yemen and the complex art of tasting and identifying varietals. He travels to Yemen and visits countless farms, collecting samples, eager to bring improved cultivation methods to the countryside. And he is on the verge of success when civil war engulfs Yemen in 2015. The US Embassy closes, Saudi bombs began to rain down on the country, and Mokhtar is trapped in Yemen. Desperate to escape, he embarks on a passage that has him negotiating with dueling political factions and twice kidnapped at gunpoint. With no other options, he hires a skiff to take him, and his coffee samples, across the Red Sea. A heart-pounding true story that weaves together the history of coffee, the ongoing Yemeni civil war, and the courageous journey of a young man--a Muslim and a US citizen--following the most American of dreams.

Dave Eggers grew up near Chicago and graduated from the University of Illinois at Urbana-Champaign. He is the founder of McSweeney’s, an independent publishing house in San Francisco that produces books, a quarterly journal of new writing (McSweeney’s Quarterly Concern), and a monthly magazine, The Believer. McSweeney’s publishes Voice of Witness, a nonprofit book series that uses oral history to illuminate human rights crises around the world. In 2002, he co-founded 826 Valencia, a nonprofit youth writing and tutoring center in San Francisco’s Mission District. Sister centers have since opened in seven other American cities under the umbrella of 826 National, and like-minded centers have opened in Dublin, London, Copenhagen, Stockholm, and Birmingham, Alabama, among other locations. Eggers's work has been nominated for the National Book Award, the Pulitzer Prize, and the National Book Critics Circle Award, and has won the Dayton Literary Peace Prize, France’s Prix Médicis, Germany’s Albatross Prize, the National Magazine Award, and the American Book Award. Eggers lives in Northern California with his family. His novels include The Circle, A Hologram for the King, and Heroes of the Frontier.

“Exquisitely interesting… This is about the human capacity to dream—here, there, everywhere.” —Gabriel Thompson, San Francisco Chronicle

“A true account of a scrappy underdog, told in a lively, accessible style... Absolutely as gripping and cinematically dramatic as any fictional cliffhanger.” —Michael Lindgren, The Washington Post

“Remarkable… offers hope in the age of Trump… Ends as a kind of breathless thriller as Mokhtar braves militia roadblocks, kidnappings and multiple mortal dangers.” —Tim Adams, The Guardian

“A heady brew… Plainspoken but gripping… Dives deep into a crisis but delivers a jolt of uplift as well.” —Mark Athitakis, USA Today

"A vibrant depiction of courage and passion, interwoven with a detailed history of Yemeni coffee and a timely exploration of Muslim American identity." —David Canfield, Entertainment Weekly

“The Monk of Mokha is not merely about ‘coming to America,’ it is a thrilling chronicle of one man’s coming-and-going between two beloved homelands—a brilliant mirror on the global community we have become.” —Marie Arana, author of American Chica and Bolivar: American Liberator

“This American coming of age story reminds us all of how much our country is enriched by all who call it home.” —Dalia Mogahed, author of Who Speaks For Islam?: What a Billion Muslims Really Think

“Here’s a story for our time: filled with ethos and pathos. You’ll laugh, cry, and discover worlds unknown to most. From scamming in the Tenderloin to dodging bombs in Yemen, Mokhtar and Eggers take us on a worthwhile ride through the postmodern topography of our times.” —Hamza Hanson Yusuf

“Like many great works, Eggers’ book is multifaceted. It combines, in a single moving narrative, history, politics, biography, psychology, adventure, drama, despair, hope, triumph and the irrepressible, indomitable nature of the human spirit –at its best.” —Imam Zaid Shakir

“In telling Mokhtar’s story with such clarity, honesty, and humor, Eggers allows readers to consider Yemen and Yemenis – long invisible, side-lined, or maligned in the American imagination – in their wonderful and complicated fullness.” —Alia Malek, author of The Home That Was Our Country: A Memoir of Syria  and A Country Called Amreeka: Arab Roots, American Stories