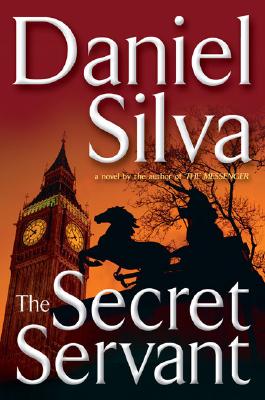 By Daniel Silva
Email or call for price.
Special Order

In Amsterdam, a terrorism analyst named Ephraim Rosner lies dead, brutally murdered by a Muslim immigrant. The Amsterdam police believe the killer is a deranged extremist, but others know better. Just twenty-four hours before, Rosner had requested an urgent meeting with Israeli intelligence. Now it is Gabriel Allon's job to find out what Rosner knew, and when he does, it confirms his worst fears: a major terrorist operation is in the works. But not even Allon could have predicted what it is.

In London, a young woman vanishes. She is the daughter of the American ambassador-and goddaughter of the president of the United States-and the kidnappers' demands are at once horrifically clear and clearly impossible to meet. With time running out, Allon has no choice but to plunge into a desperate search, both for the woman and for those responsible, but the truth, when he finds it, is not what he expects. In fact, it is one that will shake him-and many others-to the core.

Intense and provocative, filled with breathtaking double and triple turns of plot, The Secret Servant is not only a fast-paced international thriller but an exploration of some of the most daunting questions of our time.