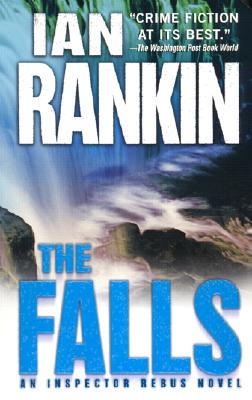 When the privileged daughter of a merchant banker disappears, a search through her e-mails uncovers her secret life-and a bizarre correspondence with an on-line game player who delights in macabre puzzles. The first game was for the girl. The next one is for Inspector John Rebus, a man haunted by the impenetrable riddles of his own troubled past. But the lead is soon complicated by an unexpected twist.

A hand-carved wooden doll in an eight-inch coffin is found on the grounds of the victim's home-a clue that links her vanishing to the deaths of four other women, and to a centuries-old offense that still scars the grisly history of Edinburgh.

From the shadowy world of an Internet stalker to the quicksand of lies in the missing girl's dissolute family, Rebus is led into the soul of evil. And to a shattering crime that only he, a man who treads the fine line between investigative brilliance and personal oblivion, could ever hope to understand.

Born in Scotland in 1960, Ian Rankin graduated from the University of Edinburgh and has since been employed as a grape picker, swineherd, taxman, alcohol researcher, hi-fi journalist, and punk musician.

Since publishing his first Rebus novel, " Knots and Crosses," in 1987, the series has become phenomenally successful, with each new installment a runaway bestseller in the United Kingdom. Rankin has been elected a Hawthornden Fellow, and is also a past winner of the Chandler-Fulbright Award. Black and Blue won the Crime Writers Association's Gold Dagger Award for best novel of the year in 1997.

He lives in Edinburgh, Scotland, with his wife and their two sons.

"Rankin is the master of the moody, modern police procedural, working on the same high plateau as Ruth Rendell, Reginald Hill, and P.D. James." -The Wall Street Journal

"Finish one of Rankin's book, and you'll feel you've been taken inside the river body of Edinburgh from top to the darkest bottom, a journey that calls Charles Dickens and Wilke Collins to mind as often as it does Inspector Morse." -Los Angeles Times